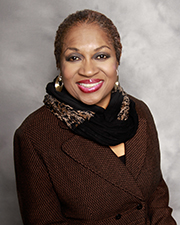 An Indianapolis native, Anita A. Harden graduated from Shortridge High School in 1973 in Indianapolis, Indiana. She received a Bachelor of Science degree from Ball State University, Muncie, Indiana in 1977 in Journalism and Broadcasting, and her law degree from the University of Houston, Houston, Texas in 1991. Attorney Harden was admitted to the Indiana Bar in 1995.

Anita is of Counsel with Stevenson Legal Group, LLC, Indianapolis, Indiana, and she practices in the area of elder law, serving as an advocate for senior citizens. She has been in private practice in Indianapolis, Indiana since 1999. Anita counsels and provides legal services for senior citizens, their families and caregivers. These services include: estate planning, protection of their assets in the areas of Medicaid planning; advance directives including power of attorney, appointment of a health care representative, living wills and other health care decisions; last will and testaments; trusts; and other legal concerns for these populations.

Prior to Anita’s legal career, she worked as Public Information Officer and Assistant to Superintendent of Schools for the Indianapolis Public School system, and as an intern television reporter for WRTV Channel 6 Television station in Indianapolis.

Anita is on the Board and Secretary of the Executive Board of the CICOA Aging & In-Home Solutions, and presides as Vice-Chair of CICOA’s Policy Committee in Indianapolis, Indiana.

Australia's Stephanie Gilmore is widely regarded as the greatest female surfer of all time, so it came as a surpris… https://t.co/3Bnl95H5yU

The WalkaBout may look like a guitar, but it is really a drum https://t.co/9GNRd93lIf https://t.co/b45SZhQtAS

In the past year, a tiny helicopter flew on Mars, a NASA spacecraft slammed into an asteroid and the James Webb Spa… https://t.co/4a055qLSTT